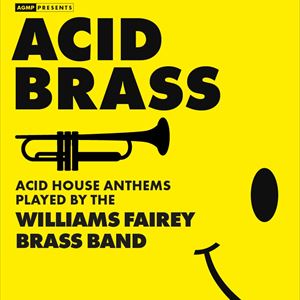 Acid Brass is a collaboration between Turner Prize winning artist Jeremy Deller and the Williams Fairey Brass Band. The project is based on fusing the traditional brass band sound with acid house and Detroit techno.

The 1997 debut album by Acid Brass on Mute Records featured cover versions of songs by 808 State, A Guy Called Gerald, Royal House, Nitro Deluxe, Kevin Saunderson and more. The band went onto work with The KLF after they heard their version of "What Time is Love?" from the same album.