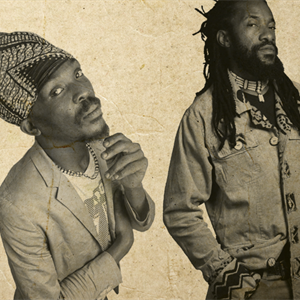 Anthony B has been releasing essential recordings since his 1993 debut single 'The Living is Hard'. He has collaborated with Wyclef Jean, Snoop Dogg, Sizzla, Beenie Man, Capleton, Luciano, Ky-Mani Marley through the course of his career. His classic tunes include 'God Above Everything', 'World A Reggae Music', 'Freedom Fighter', 'Raid Di Barn', 'Police' and many more.

Junior Kelly made his first recodring in 1985 but came to international prominence in 1999 with his worldwide hit 'Love So Nice'. He has worked with Capleton, Sizzla, Luciano, Dean Fraser, and Bounty Killer amongst others. His hits include 'Rasta Should Be Deeper', 'Nuthin' Wrong With The World' and more.