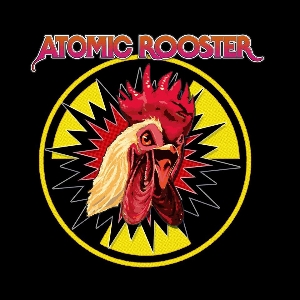 Seminal British Prog Rock group Atomic Rooster were formed from the ashes of the The Crazy World of Arthur Brown in 1969. Their debut gig was at the Lyceum in London (supported by Deep Purple) and their first self-titled album was released in 1970. It was after the release of Death Walks Behind You that they had their first taste of UK chart success with Tomorrow Night and Devil’s Answer.
Main band member and Hammond Organ maestro Vincent Crane joined Dexys Midnight Runners in 1985 for their
Don’t Stand Me Down album before he sadly passed away in 1989. Pete French and Steve Bolton now carry the mantle of the Atomic Rooster name with the blessing of Vincent Crane's widow Jean. Pete French joined Atomic Rooster for their third LP In Hearing of Atomic Rooster (1971) whilst Steve Bolton joined the tour for the 3rd LP and appeared on the 4th LP Made in England (1972).
Support comes from Medway's finest Psych-Beat combo The Galileo 7.