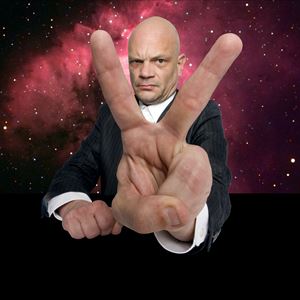 Freak Power were formed by Ashley Slater (Microgroove/Loose Tubes) & Norman Cook (Fatboy Slim/The Housemartins). Their debut single "Turn On, Tune In, Cop Out" became a massive chart hit in 1994. Sampling the rare groove classic "Flo" by Isaac 'Redd Holt' Unlimited, the single went on to be featured on a worldwide Levi's Advertising campaign.

Freak Power's debut album "Drive-Thru Booty" came out in 1994 featuring the singles "Rush", "Get in Touch" & "Waiting for the Story to End". The 1996 album "More of Everything for Everybody" featured the singles "Can You Feel it?", "Let it Go" and "New Direction".

AGMP are pleased to present Freak Power back in London for one night only.