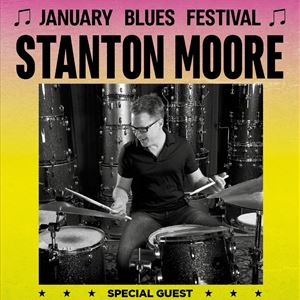 Over the course of his 20-year career, drummer Stanton Moore has become known as one of the premier funk musicians of his generation. The explosive, driving force behind New Orleans funk, jazz, hip-hop and blues group Galactic, Moore is the primary figure bringing the second line drumming tradition to modern pop music, collaborating with Charlie Hunter, Maceo Parker, Irma Thomas, Joe Jackson, Karl Denson and Robert Walter as well as his own Stanton Moore Trio.