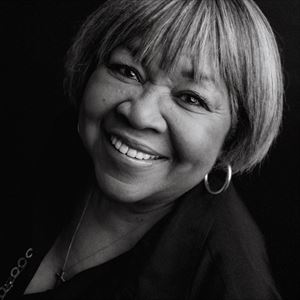 Mavis Staples is a Blues and a Rock and Roll Hall of Famer; a civil rights icon; a Grammy Award-winner; a chart-topping soul/gospel/R&B pioneer; a National Arts Awards Lifetime Achievement recipient; and a Kennedy Center honoree. She marched with Dr. Martin Luther King, Jr., performed at John F. Kennedy’s inauguration, and sang in Barack Obama’s White House. She’s collaborated with everyone from Prince and Bob Dylan to Arcade Fire and Hozier.

Amy Helm is an American singer-wongwriter and daughter of Levon Helm from The Band.

Amy started her career in 1999 with The Barn Burners along with her father. In 2001, she formed the alt-country group Ollabelle who recorded and toured for 10 years. Amy's debut solo LP came out in 2015.