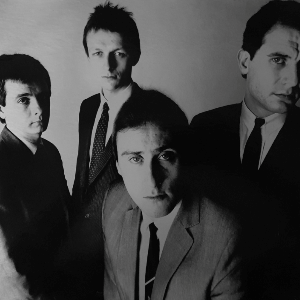 After the critical and public acclaim of the classic debut LP Live at the Marquee (1980), the band kept the momentum going with Don’t Point Your Finger (1981) before releasing their third and final LP on A&M Records, Third Degree (1982).

With the iconic front cover shot by the legendary David Bailey, Third Degree is arguably the band's masterpiece from the A&M era. Kicking off with Eleven Plus Eleven (as performed live on The Young Ones), and Wipe Away Your Kiss, the LP mixes 60's soul with Rhythm 'n' Blues.

Nine Below Zero toured with The Who and The Kinks around the time of this LP and also appeared on The Old Grey Whistle Test, and The South Bank Show.

Nine Below Zero are still going strong and the band’s most recent LP Avalanche came out in 2019 to critical acclaim.

Al Perez is a captivating singer, songwriter, and soulful performer. His performances have thrilled audiences for over a decade at festivals, and clubs around the USA, Mexico, Jamaica, Bahamas, Costa Rica, and Aruba.

Perez's new singles Women Powers and Let The Player Play are part of his Love Revolution album available on Warrior (warriorrecords.com). Al performs music which has been described as something for everyone with tones ranging from light rock to R&B -- with a singer-songwriter flair and just a touch of Latin for flavoring.

As Soul&Jazz&Funk notes, "Al avoids the inherent saccharine and his declarations of love are the more convincing for that," and the Columbian adds, “The soulful sounds from Al’s acoustic guitar and the musicians backing him are masterfully woven.”