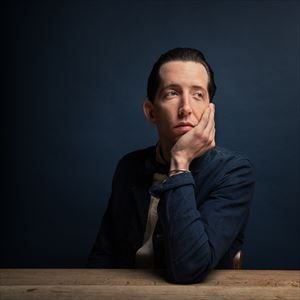 AGMP presents
POKEY LAFARGE & his band
Pokey LaFarge is a singer, songwriter, guitarist, recording artist, poet and actor living in Los Angeles. Raised on a healthy diet of blues, bluegrass, ragtime, Western swing and old- time country, the Illinois native writes timeless, multi-hued songs that reflect his refined good taste, as well as the wide variety of influences and rhythms he's absorbed over a decade-plus spent traveling and performing around the globe.
LaFarge made his recording debut in 2006, with the self-released album 'Marmalade'. Since then, he has recorded seven more full-lengths, most recently 2017's acclaimed 'Manic Revelations', and has developed a devoted following on both sides of the Atlantic. He has toured as an opener for Jack White, who released 2013's 'Pokey LaFarge' on his Third Man Records.